You are here: Home » Home-Mot 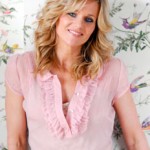 New research has revealed that homeowners are risking their lives by not getting their electrics fully checked, leaving potentially deadly faults lurking in thousands of homes.

Our survey revealed that nearly nine out of ten (89%) homeowners don’t really think about getting their electrics fully tested, with eighty eight percent (88%) confessingthatgetting their gas boiler checked is more important tothem. Over a third (32%) admitted they have never had the electrics in their home fully tested. That’s why NICEIC has launched ‘MOT Your Home’, a national consumer safety campaign warning homeowners about the dangers of electrical DIY.Fronted by home-improvement expert, Linda Barker, the new campaign encourages homeownerswhose property is over 10 years old to employ a registered electrician to carry out a Periodic Inspection Report, which acts like an MOT for the property.

See a short behind-the-scenes film of the launch day…